I can’t write fiction at the moment. Most people who do have been through this, many of them more than once. I’m not one to pour my heart out about my personal life online, but let’s just say this January I hit the kind of low I haven’t had for years. Possibly ever. When even the writing did nothing for me, I knew things weren’t good. But they weren’t exactly terrible either. I have a decent life, compared to so many. So why did I barely feel like getting up at all? Yes, I’ve had some help about this, from people who know about it. Let’s not go into detail, but I’ve been prone to this sort of thing for years, although not like this until now. So now I’ve talked about it, for the first time ever.

The good news is that it seems I’ve picked myself up. This week I’ve read a five star book and written a fellow indie author a review, I’ve dusted off my guitars and actually played something for the first time in 2 months, and most perhaps most importantly, I’ve been out with a chainsaw again. No, I’m not Leatherhead, don’t let those alarm bells ring. I’m trained in tree felling and basic forestry, and today I’ve done loads of it. It’s put me in just the right mood to write this.

Okay, let’s go there: I’m a countryside ranger who’s been out of a job for the last year, and a lot of my depression lately has been job related. I loved my previous one. Since my contract finished, I’ve not managed to get another one. I’m good at what I do. Every time I fill out yet another application and write yet another covering letter and CV, I remember that. But in the UK, this is a really competitive industry. A serious amount of people love the countryside, and a serious amount of people are trained do to the same things I can.

What the hell though, things could be worse. At least I do have my convenience store job to feed myself, and my colleagues are good people. And my books still have covers and editing paid for, and I still have the wine I’m drinking right now. I can still afford a pack of Marlboro reds when I want to indulge (and before you start the lecture, I can run 10K in 42 minutes despite my vices. Can YOU do that?)

And I still wrote Ghost of the Navigator last year, with some of the time spent not being a ranger. The rest of the time I spent volunteering for the National Trust, just like today. Yeah, it would be nice to be on their payroll again, but this is the work I love. I’ll do it for nothing if I have to. With these kinds of skills, if you don’t use them, you lose them. Simple as that.

So what now then? I’m back in the zone with trying to get my career back, between the day job and the voluntary I’m out six days per week, but on my day off I just can’t write, even when I try. There’s only so much pressure I want to be under, and believe me when I tell you that trying to write high quality books with complex plots and loads of characters IS pressure when you consider it a business venture. If you’re an author, you know this. I sell my stuff seriously. Book 2’s about to his the shelves, and is currently with my editor.

So lately I’ve been thinking about a line from the autobiog of a famous guitarist (I think I was Keith Richards) who said that when he couldn’t write songs, he played other people’s. I guess in my world that equates to ‘When you can’t write, read other people’s fiction.’

That’s fine. I could really do with more reading. So let’s add to that: ‘When you can’t write, do the research. On ALL that stuff that keeps you feeling stuck when you try to write about it.’

For a sci-fi writer, that can be quite a challenge. So let’s start with what’s crucial for everything I’m working on lately: Nanotechnology.

Okay, Nanotech is a post in itself. It’s a massive subject. I was into it with Shadow and the Talent Show books long before I read Hugh Howey’s Silo series, and after that I was into it even more. I know what I want it to do in my main series, and what it’s done before, the good and the bad. Question is, what am I missing? There’s the potential for a lot of nice ‘hard’ science to come out to play here. What I don’t know bothers me, because I can’t use it to spice up my narrative and plot yet.

Then there’s my shape-shifter story. I never thought of it before, but when I read ‘Aliens and Alien Societies’ my Stanley Schmidt, (a guide to creating aliens for sci-fi writers) his advice on shape shifters is that they’re very hard to make sense of for a hard-sf writer, but if I wanted to do it I should learn as much as possible about Nanotech.

There’s an idea: Nanotech and DNA. In my side project, Welcome to Sentago, I have a shape shifter known as a ‘Kendrii,’ who’s seriously broken his own planet’s values and decided he wants to be a human permanently. A little difficult when his past, identity, and means of staying hidden from the law who are hunting him all revolve around being what he is. Not to mention his ability to shift makes his latest ‘best friend’ happy in a whole number of sordid ways. And the poor guy has no idea he’s in love with an alien at all. Nor does a prominent senator know that his 21 year old son isn’t really his son, and is running a scam at a local fighting ring to stay solvent…

I wish I could write this book. Right now. But I just can’t find the mojo, even though during my NaNo excursion with Deception Crossing (Talent Show Book 3) in 2015, I found a very neat way of linking Welcome to Sentago in with the Talent Show plot. Although not part of the series and readable as a standalone, Sentago’s characters are perfect for a meeting with Shadow and Company in the future. The ‘Kendrii’ are even referenced in Shadow’s Talent as characters in a video game, which a few people know actually DO exist in far off worlds. I linked these worlds a long time ago, never expecting the two plots to cross. They can. They will.

But I need my career back first. Not to mention it’s going to be a while before I can afford the next round of cover-editor-marketing-launch.

So I’m still here. I’m still in the business, and for the next few months this blog is hopefully going to be swamped with reviews and posts about nanobots.

If you’re an author I don’t know yet, or one who doesn’t mind a shameless plug, rec me your book! No promises, but lately it seems I get as much appreciation as a reviewer as I do for my own books. Maybe I’m on to something.

Oh yeah, and did I mention I’m launching Ghost of the Navigator in March? Writing that book nearly broke me. More than once. It’s no wonder it’s some of the blackest writing I’ve ever come up with. Those who found Shadow’s Talent dark haven’t even had their candles blown out yet. How I saved the violence for (mostly) part 3 out of 4 I don’t know. How I only printed the F-word 175 times in 220,000 I don’t know. Editing down those days when I just when nuts, perhaps. But that book is also my finest accomplishment as a writer in my entire life. It’s an epic, and I’ve wanted to be an epic writer all my life. It’s times like this when I say ‘Well, I probably got through worse.’ 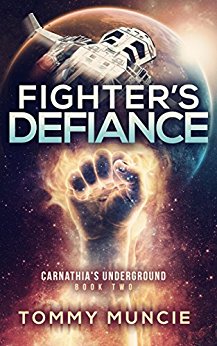